First Friday is September 3rd at Studio B Art Gallery 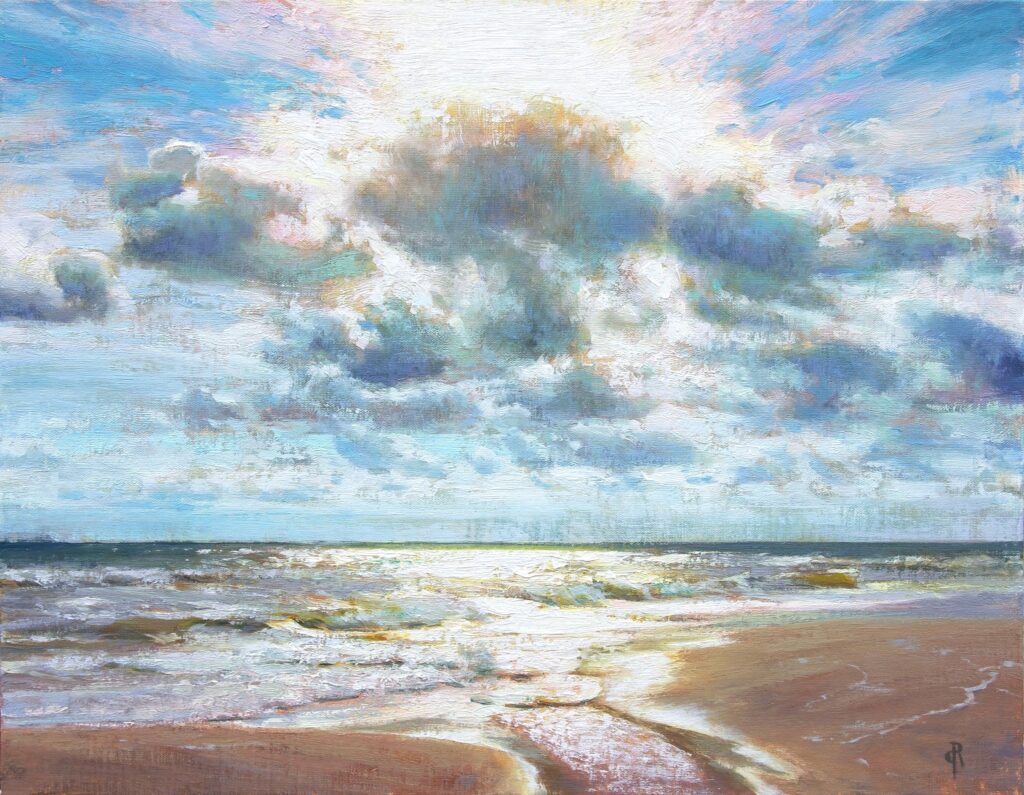 “Daniel was amazing during Plein Air Easton 2021 and to be able to showcase his talent and skill at Studio B is an honor,” Studio B Art Gallery Owner Betty Huang said.

Daniel Robbins grew up in Virginia Beach, Virginia and always wanted to create art. During grades 4-8, he was enrolled in the Old Donation Center for the Gifted and Talented, and in high school he continued his study of art at the Governor’s School for the Arts. He moved to Richmond, VA to study in the Communication Arts department at Virginia Commonwealth University (VCU), which is ranked as one of the top art schools in the country. While at VCU he received multiple awards for his artistic and academic achievement, including: Most Outstanding Junior and Senior in Communication Arts, Dean’s List, and a scholarship from the New York Society of Illustrators’ Student Competition.

After he received his B.F.A. in 2006, Daniel started to teach drawing and painting as an adjunct faculty member in the Communication Arts department at VCU.  He has also exhibited his paintings in galleries in New York, Virginia, North Carolina, Charleston, Boston, Maryland, and Park City, Utah. Daniel has received numerous honors and awards including: Award of Excellence from the Portrait Society of America’s International Portrait Competition; Best in Show at the “Virginia Artists Juried Exhibition,” in Hampton, VA; Virginia’s Finest Artist at the “Boardwalk Art Festival,” in Virginia Beach, VA; Winsor and Newton Material Award at the Salmagundi Club in New York City; Artist’s Choice Award at “Plein Air Easton; and he wrote “The Road Not Taken” for the Artists on Art publication.  He was also named as one of “21 Under 31” artists to collect by Southwest Art Magazine.

Visit Studio B Art Gallery at 7B Goldsborough Street in Easton, Maryland or online at www.studiobartgallery.com to view original paintings by all the gallery’s exceptional artists. You can purchase directly on the website, call to arrange a private viewing (443-988-1818), or stop into the gallery during open hours.